Grown Children MUST BE On Their Own for Money They Owe

It’s not that this happens often; it’s that it happens ALL the time.
DS (not even close to his real name) came to me for the design of a new home. He had done everything right, concerning his personal finances and long-range expectations. His plan was to build a house small enough to have payments low enough to be comfortably managed and paid-off in ten years. He and his wife had been ultra-responsible in the use of personal credit for car, home, and credit card loans, always making every monthly payment on time; and consistently paying off borrowed money early.

…..Children?…ya gotta love ‘em. Grown Children who ask you to cosign a loan, then bail, leaving you hanging by your fingernails from a razor-sharp financial tightrope? NOT PRICELESS !
…..Because he loves them, as a favor to each of his three offspring, (because he loves them) DS signed to guarantee repayment of – this is sickening even to write – high limit credit cards. Of all the silly financial debacles to be part of, this has to be the worst. Well, cosigning for bail money may be worse, but this is just as bad. “But what about gambling debt to the ‘mob?,” you may ask. It’s the same thing; a gamble with the the dark forces of organized loan-for-wager transactions, or the gamble, that in the bright light of day, spoiled blood-relative brats who’ve never shown any inclination to be responsible with their own money, will suddenly pledge to protect the hard-earned position of a parent whose guarantee is as easily gotten as writing a name on the signature line of a credit application. It’s a crap-shoot. Of course the children were only too willing to ask for and take help, knowing that, because he loves them, Dad would come through. 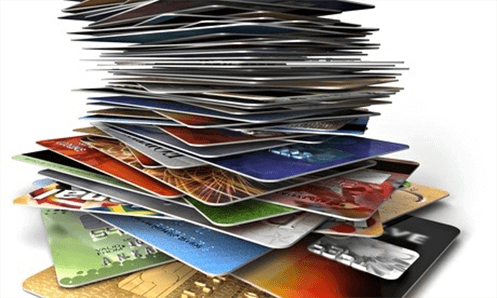 So let’s end where we started :
Grown Children MUST BE On Their Own for Money They Owe.

Read more stories like this in the Kindle eBook GHOST BUBBLE by Andy Bozeman.

who needs to see HBT.