Homebuilding is habit-based. A routine develops, like Standard Operating Procedure, and embeds itself so deeply into the mind and muscle memory of every tradesman, that the concept of “I should look at the plans” is replaced by “I’ve done this a million times.” So, even if the millionth-and-first time is not like the others, the habit of the others wins, …every time. That’s why house plans need a voice, to point out when “not like the others” should win.

Routine is a good thing. Swinging a hammer to hit a nail without thinking about it, hinging a door, and holding it straight without a leveling tool, stepping off distances without a tape measure; these are all critical skills, born of long experience, and natural ability; and strictly based on learned patterns of sight and motion : habit.

The inspiration for today’s article hails from Nashville, Tennessee. But the address could just as easily be Anywhere, Planet Earth, Every Zip because it happens everywhere.  It’s about the height above the floor of the tops of doors and windows.

The standard height above the floor for the tops of openings – doors and windows – is 6’-8” (80”).  It’s been this way since late 1945, when a newborn home construction industry desperately needed to adopt standards for house parts in order to facilitate mass production of dwellings for soldiers returning home from WWII, and their new families. Since 1945, millions of homes have been built using standardized parts, including wall studs, sheets of paneling and drywall, cabinets, plumbing pipe-fittings & fixtures, electrical wiring and devices, and (most important for us today) doors and windows. Check it out for yourself with a ruler or tape measure. If you live in a house or apartment built after 1945, and it’s not a custom-built mansion, then you’ll probably find doors to be really close to 80” tall, and window tops to be the same.

Doors and windows are most often manufactured as complete units. A door unit is  comprised of the swinging panel, called a leaf, which is already attached by hinges to a frame, which is ready for insertion in a hole in a wall. A window unit is similarly fully assembled with glass panes already contained in a frame (sash), and that sash, along with slides and glides, or hinges and cranks, is  combined, as a total ensemble, within a frame of wood, metal, or plastic, which is ready for installation in a hole in a wall.

For both doors and windows that hole in the wall is called a rough opening (diagram below). This rough opening must be large enough to insert the opening-unit, and allow a little wiggle room for adjusting the unit’s fit within the wall framing, so it will be perfectly level, horizontally; and plumb – straight up and down – so that it looks right and functions properly. This means the rough opening for any unit is a little wider and taller than the unit itself. The framing parts that make up a rough opening have names . The most important for us today is the header. The header, or the bottom of it, forms the very top of a rough opening (head), and defines the maximum height of that opening. So, a standard opening would have a header height of 80” plus a little extra for wiggle room, usually 1½”, making the bottom of the header 81½”.

This is the standard, the common practice. Among all people who frame walls for a living, this is the habit.

Now, concerning all people who frame walls for a living. Whether the project involves an apartment, an office building, a tract house, or a one-of-a-kind structure that departs from convention in every way, those who frame the walls are the same people. In most construction projects standard practices prevail. The routine of framing headers at 81½” is preferred and acceptable. It’s a habit, an automatic process, which requires no further thought.

But what happens when a habit meets a one-of-a-kind structure that departs from convention in every way? The word “meets” is way too soft. Habits and one-of-a-kind projects don’t meet. They violently collide. One is immovable. The other irresistible.

Now, let’s go to Nashville. In an older neighborhood of derelict houses, products of the turn of the previous century, are being torn down, their lots split in half front to back, and two new houses are built where one once stood. To advance the process, municipal departments with jurisdiction over the community have provided incentives in the form of expedited processing of building permits, a course which normally takes several weeks to travel. A builder who commits to such a project, replacing old with new, gets to go to the front of the line, thus gaining an advantage of turning a profit faster.

Faster profits make the area popular with some homebuilders who can construct standard-type dwellings, quickly. Those who frame walls for a living are welcome to ply their trade and bring their standard habits.

Along comes my client. But he’s not like the typical new kid on the block, who competes on a tit-for-tat level, building as others do. ‘New’ is replaced by ‘upstart.’ ‘Kid’ is replaced by ‘demanding perfectionist;’ to whom “RIGHT is the only way to build.” He and I are the same. That’s why I like to work with him.

His concept of being competitive is held in the words “Victory through Quality.” Everything in his homes is better : better cabinets and counters, better fixtures, better quality throughout. In addition he increases the quality of the environment inside the house, the way it feels. This is accomplished with higher ceilings, and especially with taller doors and windows…and there’s the rub.

Though 80” is a standard height for doors and windows, it’s not the only possibility. Doors come in a variety of dimensions, which are ‘stock-sizes.’ A stock-size is an off-the-shelf size, available without being custom made. There are several heights available for doors, like 6’8”, 7’8”, 8’, and 9’. (diagram below)

When installing taller doors, it’s common to set window tops higher on the wall, so the tops of all  openings will match because it looks and feels better. To help make this happen, a floor plan will carry instructions showing the intended header height of each opening (diagrams below).

All those people who frame all those walls for all those houses have developed state-of-mind visual, and muscle memory, reflexes so strong as to render the practice of actually reading house plans almost un-do-able, thus killing any probability that the intent of the plans will be raised as a real structure.

In this case, the instructions written on the plans calling for taller doors and windows never received even a passing glance. The result? The millionth-and-first time was exactly like all the others.

The house plan, being only paper, was unable to speak so, when “Hey! That’s not right!” was exclaimed by the recently arrived, Upstart, Demanding Perfectionist, the immediate retort from the status-quo, habitual-framing offenders was, “But, that’s how we always do it.”

The Upstart, Demanding Perfectionist has learned that the way of the world is so strong, so pervasive, so…..habitual, that to overcome it requires constant supervision, coupled with continuous communication, not only with a project foreman, but every single worker involved.

The people who will frame his houses have learned that habits of skill, while usually preferred, must sometimes give way to another way. Though it only took a few hours to tear out and reassemble all the headers at the correct height, it was time spent for no profit. No doubt this builder’s plans will catch their attention from now on.

For everyone, only by adding another level of attention to detail can new heights be achieved, even if it’s the heights of door and windows.

P.S. We can’t speak but we’re all about writing.

who needs to see HBT. 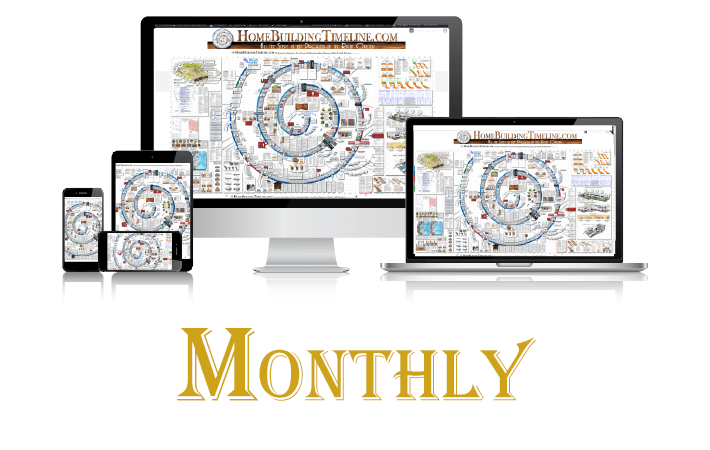 SHIFTING FOUNDATION; This One is About Teaching and Learning

The basic structure of the American system of education at all grade levels, its very foundation, must dramatically shift. Emphasis must be on : Fundamentals of Finance : Money management, budget planning, saving money by not spending, c...

Three Books and a Website for Home Planning, Building and Remodeling

What's Next? You have reached the point when "What's next?" is a critical question if you are considering building a whole new house or a renovation or addition. Don't feel bad. Everyone, novices and professionals alike, will reach a moment when...